Home help doing homework How to write a worm program

How to write a worm program

In that novel, Nichlas Haflinger designs and sets off a data-gathering worm in an act of revenge against the powerful men who run a national electronic information web that induces mass conformity. Typical malicious payloads might delete files on a host system e. Probably the most common payload for worms is to install a backdoor. This allows the computer to be remotely controlled by the worm author as a " zombie ". 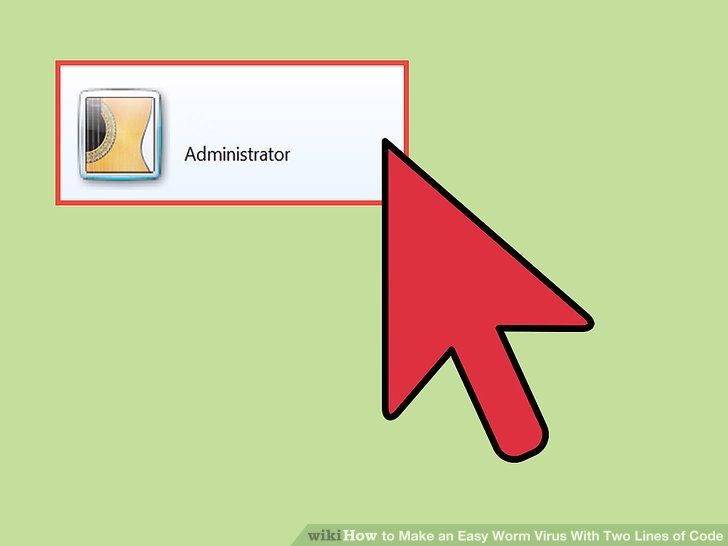 One of the students was curious about the iPhone SSH Worm which has been around since and the technical complexity of writing a worm for academic and research purposes. After explaining to him how the worm worked I realized that many think "network worms" are really complex digital beasts and only the super elite blackhats can write them.

In reality, nothing could be further away from the truth. The only complex part in most worms is the exploits they use for breaking in which in most cases might be ripped from sites like exploitdb. The network propagation and replication aspects are quite simple. I decided to create a "simple worm" demo in Python for demonstration purposes.

HLLs like Python are easy to understand even by non-programmers as they are very readable by how to write a worm program. The SSH worm in question was really using the default password "alpine" on jailbroken phones to break in and propagate.

So, if I were to breakup our "demo worm" functionality wise, it would do the following: If the worm succeeds, then upload a copy of itself to the host 3. Run the copy, so it can now scan and do 1 - 3 Important: I am not going to give out the whole source code, rather will look at components separately.

This is to prevent script kiddies from using the code as is. The video at the end of this post shows a full demo on my lab setup with a couple of victim machines.

The above steps 1 - 3 can be broken down into just 2 functions: UploadAndExecute Now SSH is a complicated protocol and to write the low level transport encryption code will be a pain: This is where Python is gonna be of help to us.

Below is the code for a Dictionary based attack on SSH: A sample run of the script against a vulnerable SSH installation: Now lets look at once you have a valid SSH username: We can see that Payload.

This end up creating the directory hacked. This is not a very practical expectation. So what do we do? PyInstaller to the rescue!

How to Make an Easy Worm Virus With Two Lines of Code: 14 Steps

According to their website: Its main advantages over similar tools are that PyInstaller works with any version of Python since 2. This is exactly what we need! Lets convert both the above scripts to stand-alone executables using Pyinstaller as below: Remember to use the "--onefile" option!

Sorry I cannot share the source code for fear of abuse, but if you've understood the above code samples, I am sure you understand how the code works. As this is a simple demo code, I am not checking if the worm has already infected the machine and hence we are having duplicate infections: Below is a short video demo of the same: Worm behavior simulated with Python!

If you are interested in learning how to use Python for Pentesting then please have a look at our SecurityTube Python Scripting Expert course.

This course is ideal for penetration testers, security enthusiasts and network administrators who want to learn to automate tasks or go beyond just using ready made tools. We will be covering topics in system security, network security, attacking web applications and services, exploitation techniques, malware and binary analysis and task automation.This program is an example of how to create a computer virus in C language.

This program demonstrates a simple virus program which when executed creates a copy of itself in all the other files that are present in the same directory. May 10,  · When I write demonstration programs such as this virus, I expand a lot of logic out in hopes that people can follow.

In this case, I wanted to make it obvious why I infect some files and not others. I hope that helps. Home >> Email marketing >> 10 examples of highly effective welcome emails One of the most important tools in your email marketing toolbox is an automated welcome email. When new contacts subscribe to your list, you want .

Jun 30,  · Edit Article How to Write a Virus in Notepad. For those who aren't tech-savvy, computer viruses are feared and poorly-understood. Though these digital nuisances can seem like the work of highly-skilled computer experts, in reality, it's possible for even the least-experienced computer users to create a simple virus with nothing more than a few text commands in Notepad%().

how to write a virus program would be easier to explain why the disk drive is running when it starts to initialize your disks. For those who have a copy of Beneath Apple DOS it would be easy to find the space to put in the program/5(6). If you are interested in creating a computer virus, trojan, worm, malware, or other malicious program as revenge, payback, or as a prank, we suggest you rethink.

Creating a virus that deletes files or causes other issues resolves nothing and will result in prosecution by the law.

How to Make a Simple Computer Virus with Python | plombier-nemours.com